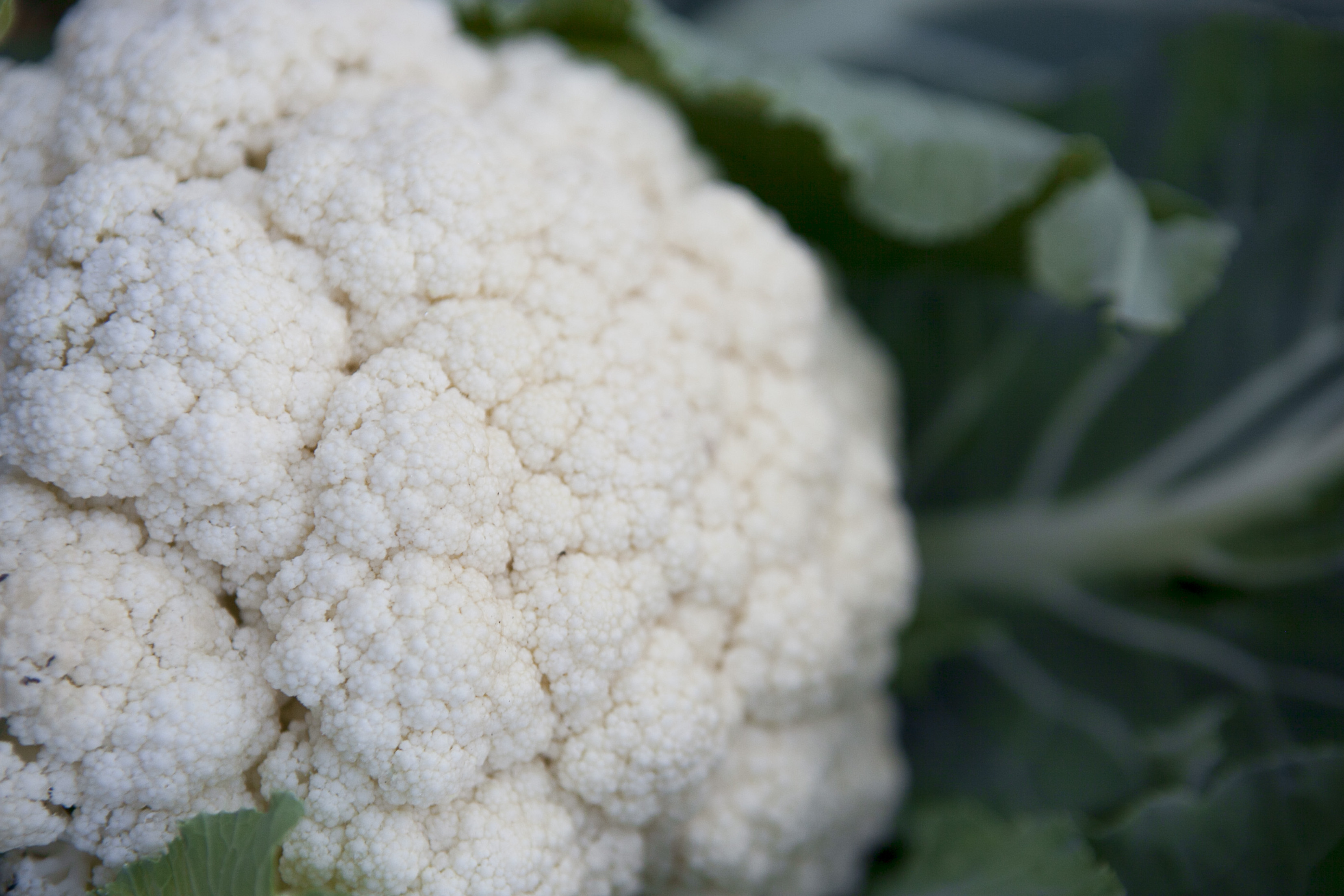 After letting it grow in size I chopped it and wondered what hearty Wintery dish I could create.  As a child I never much liked cauliflower.  I didn’t like the texture and soggyness of it but growing one to perfection in the garden, then roasting it with a tasty cheese sauce is hard not to love. 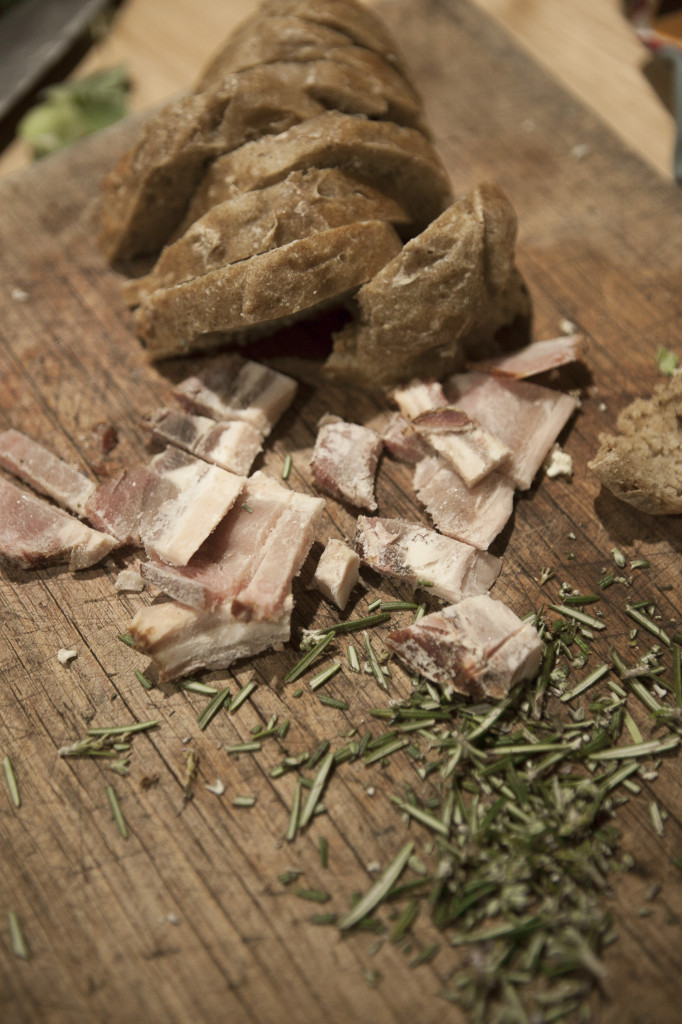 One cauliflower, preferably homegrown,  locally or organically grown. The beauty is in eating it fresh.

Mix of herbs, whatever you have growing in the garden, I used rosemary.

A clove of garlic. 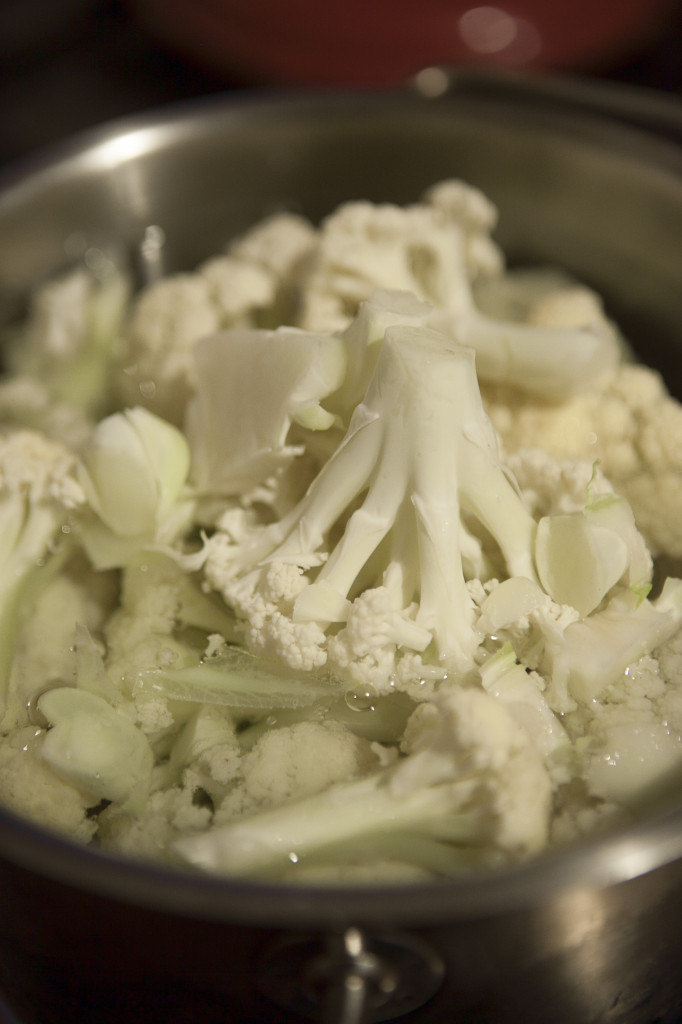 Chop cauliflower and blanch in water.

Blanch cauliflower in boiling water. Be careful not to overcook it.

Remove from heat and add salt, nutmeg and pepper and blue cheese.

Spread cheese sauce on base of dish, place cauliflower on top, cover in cheese sauce, cover with breadcrumbs and cook in oven until browned. 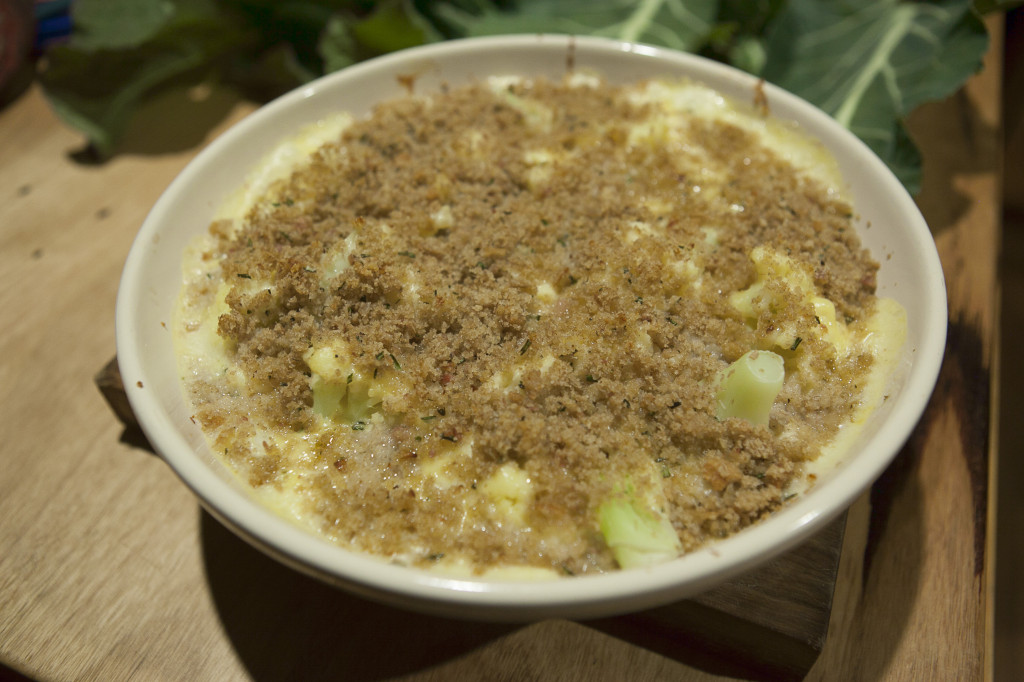