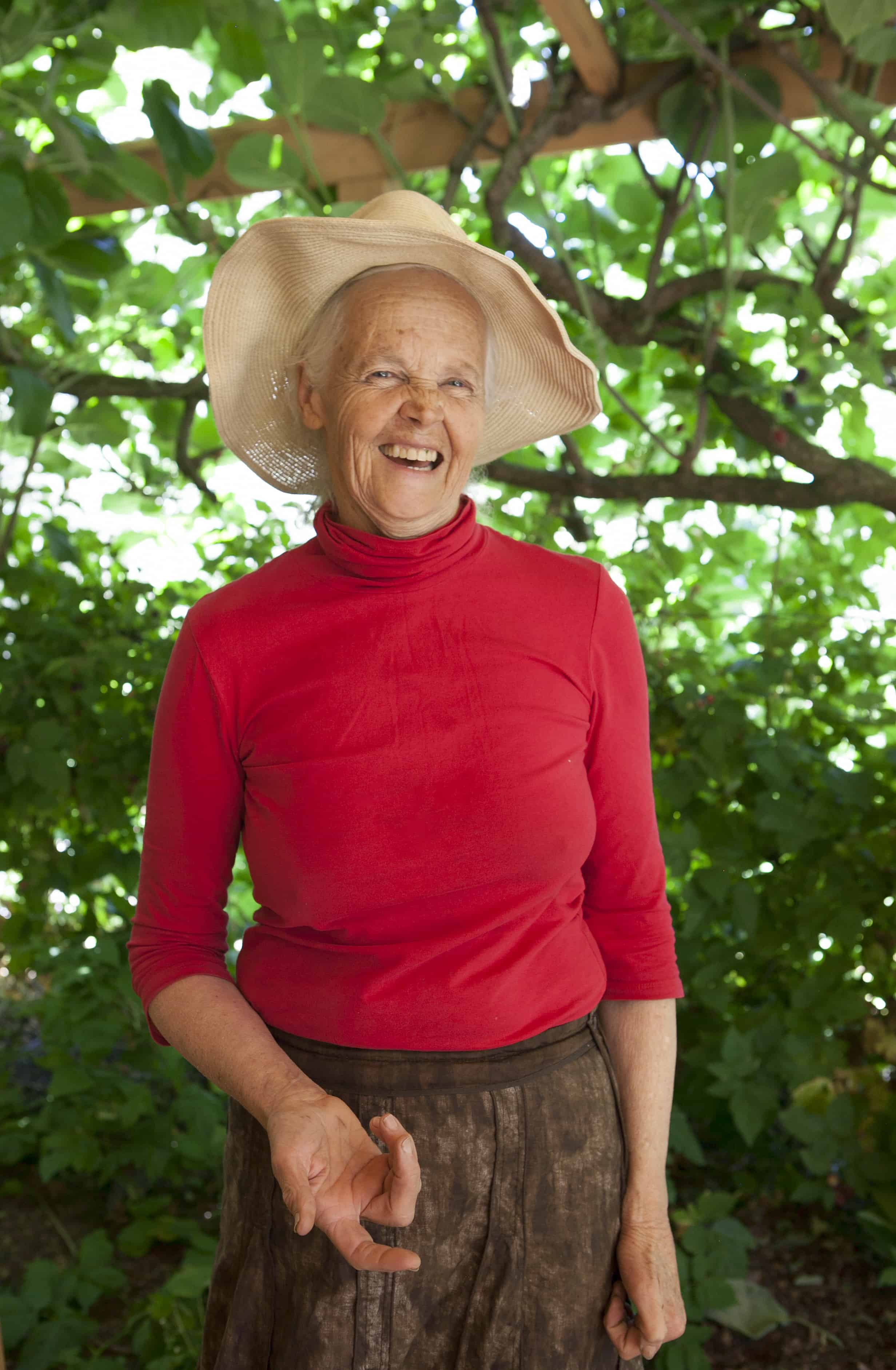 Each issue in Pip we profile a permaculture elder – someone who has really helped to create the movement we have today. In our next issue we will feature a beautiful article on Rosemary Morrow, a permaculture teacher and writer from the Blue Mountains in NSW, but to get you in the mood this week we’re sharing a peek at Ian Lillington’s profile in Pip Issue 5 on permaculture elder and all round awesome person Su Dennett. Enjoy! 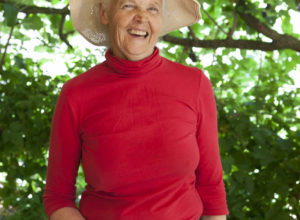 The honey dripped off my sourdough toast and I licked it off my wrist. The honey is from bees pollinating the fruit trees in the orchard, and the flour is milled from grain from an organic farm, eighteen kilometres away. The bread is baked in an oven fired with wood from the trees around the property; any leftover scraps go to the chooks, who provide eggs in return. This is closed-loop eating, and it’s all about good permaculture design – having the right things in the right place.

Su Dennett has been sourcing, cooking and serving fair food for three decades. Su’s kitchen is at the core of the Melliodora Permaculture Farm, Hepburn Victoria, and feeds up to twelve people on a normal day; and dozens more when the house is open for public tours. Her deep commitment to ‘being the change’ means that much of the food she serves travels just a few metres to her kitchen, making ‘food miles’ almost irrelevant. Every food source is considered, including weeds and trees on public land, and every opportunity is taken: Su can do things with food that most permies throw away – carrot tops are part of the salad, and dried broad beans are a staple.

When the parrots learned to get the walnuts before they were ripe, Su organised a team to pick them green for pickling. When we take responsibility for getting our own food locally and ethically, we are part of an exchange process that goes back thousands of years. Instead of using credit cards, Su works in the ‘household economy’ and the ‘community economy’. When she needs food that is not in her garden, she looks to share and swap with friends and neighbours, and only then goes further afield – sourcing oil, flour and some fruits from other parts of Victoria.

As the self-sufficiency movement of the 1970s matured, people who had been trying to provide for all their needs realised that they needed a community to be self-sufficient. Permaculture design both helped to guide this maturation and learned from it, and Su has been crafting local, ethical meals since the 1980s. Su’s dedicated approach to self-reliance and local resilience extends beyond the kitchen. Once a week her driveway becomes a marketplace – where excess from the Melliodora gardens sits alongside ethically-sourced dry foods, and seasonal fruit and vegetables from other local growers. Market day is also pick-up day for the food boxes – the local ‘subscription- farming’ service.

Subscription farming, or ‘community supported agriculture’ (CSA), means that the grower gets an [almost] guaranteed sale of their produce, which encourages the farmer to grow a wider range of crops and extend the growing season for as long as possible. The local grower is Rod May, champion of organic certification and farmer of around sixteen hectares of deep red soil near Ballarat. It took Su’s initiative to get Rod to focus on local supply rather than the Melbourne market. He now has great satisfaction in knowing that his produce goes to local families and the working bees at Rod’s allow people to learn a lot and take home seedlings and produce.

Because it’s a cool climate, Rod’s food boxes have variable content based on the season, and are a bargain at $35. The system operates weekly from December to May, but winter and spring supply is a challenge. Payment started as an honesty system, so that Su could be working elsewhere in the garden; but increasingly it’s a part of Su’s social life – she interacts with the community without leaving home, has a chance to talk to people, and the children can visit the chooks and the goat kids.

Su says, ‘Keeping it small means one person can manage it, storage doesn’t take much space, and there’s minimum waste. Small scale makes it easy to start, and means that the organiser has a stash of food should a crisis happen’. Su also organises catering for local permaculture design courses in summer and autumn, when maximum local food is available – and the students harvest quite a bit of it themselves.

As ‘fair food’ and local food systems become more popular, Su is hoping to see others start this mix of community supported agriculture and bulk foods. Getting your food locally is a simple way to lighten your environmental footprint. As Su says, ‘Sharing the growing, preparation and eating of food is what nourishes me in every way – no one should miss out!”.

If you would you like to start a similar system in your area, there are some pointers at www.relocalisehepburn.blogspot.com.au/2009/12/vegie-boxes.html