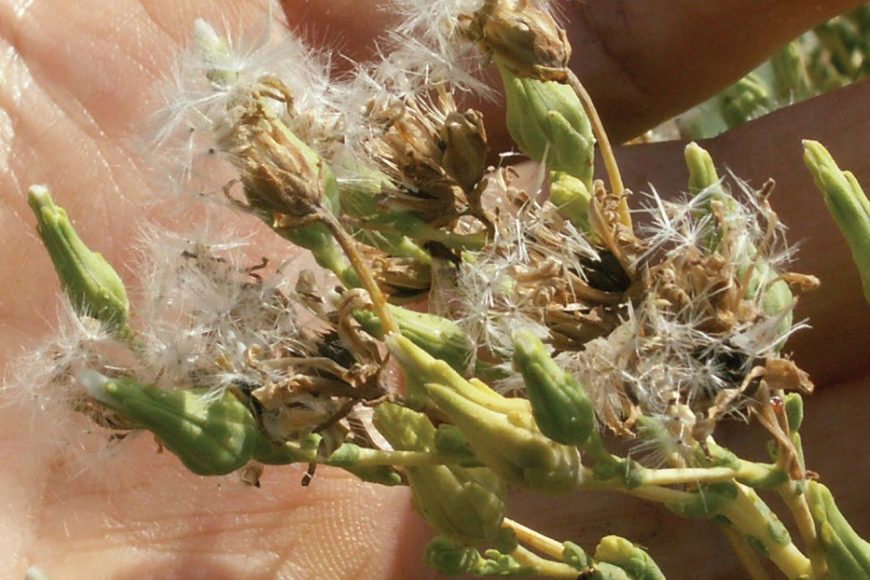 Liz Worth shows us how saving lettuce seeds is done 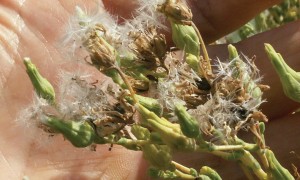 Lettuce is self-pollinating, so it is an excellent choice for beginner seed savers and those with urban gardens with neighbouring vegetable growers. The flowers are pollinated before they open, so there is little chance of varieties getting crossed. It is usually enough to keep flowering varieties separated by just a few metres. Sometimes things go a little awry: perhaps an insect damages the flower bud and transfers pollen into it early; or maybe flowers of two different varieties rub directly against each other and manage to transfer the pollen that way. Some sources suggest that it would not be surprising if up to five per cent of lettuce seed is actually cross-pollinated. If the other parent is the same variety we’d never notice.

Carol Deppe, author of Breed Your Own Vegetable Varieties: the Gardener’s and Farmer’s Guide to Plant Breeding and Seed Saving (Chelsea Green Publishing 2000, second edition), says that she gets many more unexpected crosses than commercial seed producers. Her take on this is that her organic garden has a much higher number of pollinator insects than are found in the monoculture fields of large producers. Does it matter for home seed savers that a small percentage of those pesky lettuce seeds might be crossed? Not really. You could simply eat any off-type lettuces and only save seed from those of the correct type. Problem solved. Removing – and not saving seed from – plants that don’t perform well or aren’t true to type is always part of our job as seed savers.

As a self-pollinator lettuce is not prone to inbreeding problems, so you can successfully save from just a single plant each season, but it is better to save from five to ten plants of the variety you are trying to propagate. Lettuce flowers mature sequentially, which means that the first ones will be dropping in your garden before the last mature. If you are only saving for yourself you can simply pick a few of the fluffy, white mature seed heads and pop them in a paper bag to dry. If you are trying to collect lots of seed then you could bag the whole flowering stalk with breathable fabric and let it continue to mature in the garden. Otherwise, wait until around sixty per cent of the flower heads on the stalk are at the fluffy stage and pick the whole plant, put it into a bag or old pillow case and hang that somewhere to dry.

Getting the seed out of the flower heads can sometimes be a challenge. Rubbing

the heads on a ribbed rubber car mat with a wooden cement float breaks them out fairly quickly. Then a bit of sieving and winnowing separates out the seed for storage. Lettuce seed is very likely to have insects and their eggs among it; this can damage the seed and reduce viability. Sealing the absolutely dry seed in a jar and putting that in the freezer for forty-eight hours takes care of the problem.