A complete novice when it comes to composting food waste? Our beginner’s guide will teach you everything you need to know about composting.

Did you know, globally, roughly one third of the food produced for human consumption every year gets wasted? That’s approximately 1.3 billion tonnes worth of food waste that ends up in landfill, emitting harmful greenhouse gases.

Food wastage occurs throughout the entire food supply chain – from fruit that is discarded when harvested due to supposed “flaws”, to the wilted spinach that you throw into your bin at the end of the week.

Not only is the food itself wasted, so too is the labour, water, energy, land and other natural resources that went into producing that food in the first place.

While as consumers we may be somewhat limited in what we can do to reduce food waste further up the chain, when it comes to reducing that waste in our homes, we can certainly take steps to reduce it.

These include meal planning, storing food correctly so it doesn’t go off, ensuring all leftovers get eaten, and eating veggie and fruit parts you may never have thought of consuming before (like pumpkin skins and avocado seeds).

The 3 methods of composting food waste

Even if you’ve managed to reduce your overall food waste in your home you will still need to dispose of food scraps at some point.

There are essentially three ways of doing this – with a bokashi bin, a worm farm or a compost bin/pile.

Alternatively, you can download the ShareWaste app, or find out whether friends or family compost and are happy to take your food scraps off your hands.

Some councils have also started to offer combined food and garden waste collections. Check your local council’s website to see if they offer one. 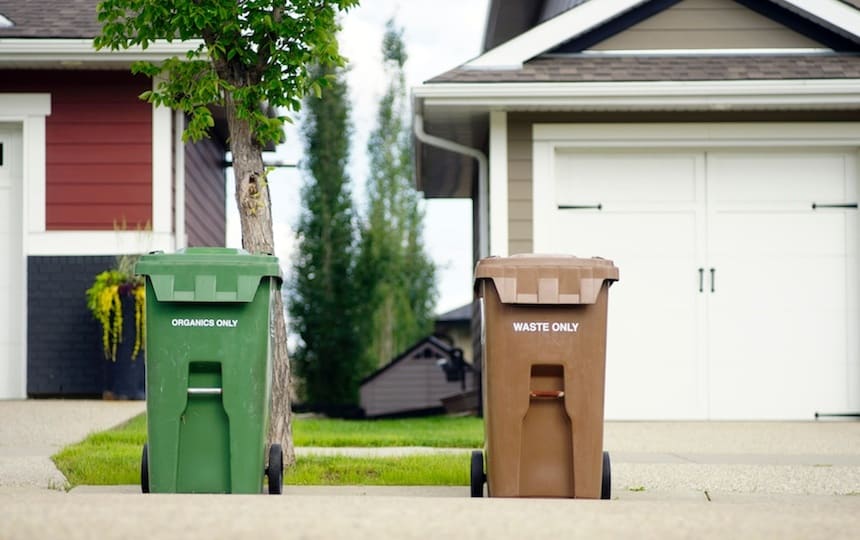 A bokashi bin is an airtight composting solution. The bin can live under your sink or on a balcony so it’s great for smaller homes.

You add food scraps to the bokashi bin (which is basically an air-tight bucket, so you could even make your own, like this one) in a 3-4cm thick layer before adding a few sprays of liquid bokashi. The micro-organisms in the liquid ferments the food waste and prevents it from putrefying.

During the fermentation process, the waste reduces in volume due to its water content draining to the base of the bucket. This liquid can then be easily drained through the tap and used as a nutrient-rich fertiliser for the garden.

When the bokashi bin is full, let it sit for a couple of weeks, then the contents will need to be buried or added to a compost bin.

Disposing of the fermented food waste does require some thought if you don’t have access to a backyard where you can bury the scraps.

One option is using the ShareWaste app to locate a nearby community garden.

A bokashi bin can be used simultaneously with a worm farm or traditional compost heap as they’re great for onion, garlic and citrus scraps – those scraps that worms aren’t huge fans of.

They’re also great if you’ve done some batch cooking and have more scraps than usual, which your worms may not be able to keep up with. 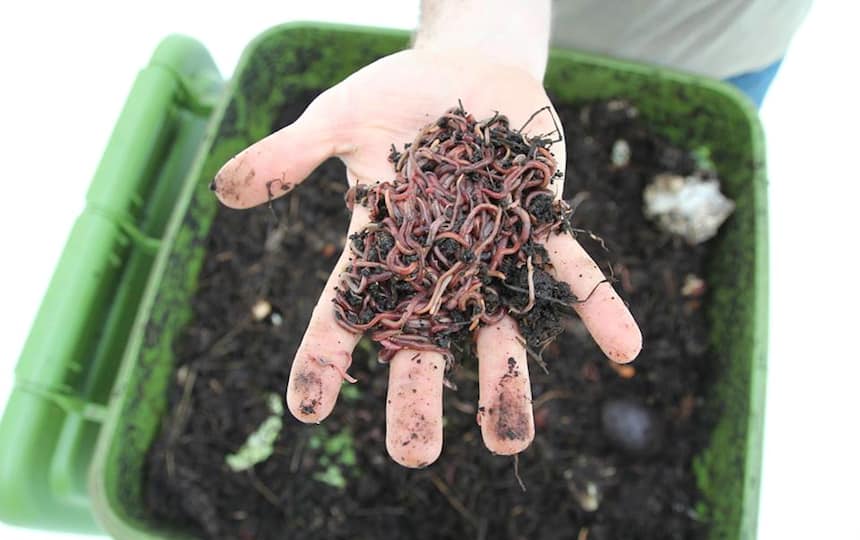 Upgrading to a worm farm is an excellent way of not only disposing of your food scraps, but also cardboard, egg cartons, (non-glossy) paper, vacuum dust, dry leaves, and even nail clippings and hair.

You could purchase a Hungry Bin worm farm or make your own (check out Issue #10 of Pip Magazine where we show you how to make your own worm tower!).

To set up the worm farm you’ll need a large bag of potting soil, a bag of 1,000-2,000 worms and a couple of hessian bags (to keep the worms warm during the colder months).

Tip it all in, let the worms get accustomed to their new surroundings for a few days, and then very slowly start adding food waste over the next few weeks.

You’ll soon have a healthy colony of worms that will chow down on up to two litres of food waste per day, and will produce liquid fertiliser and castings that can be used on your garden.

It’s important to have the right ratio of carbon or “browns” (paper or cardboard, dead leaves, sawdust or wood shavings, egg shells, old grass clippings, hair and nail clippings) to nitrogen or “greens” (food) for your worm farm to be effective. The ideal carbon to nitrogen ratio for a worm farm is 20:1.

While for the most part a worm farm is a fairly straightforward system to maintain, if you find other insects setting up residence (such as fruit flies and maggots), just add some extra carbon and cut back on the food scraps for a week or two until it returns to balance. 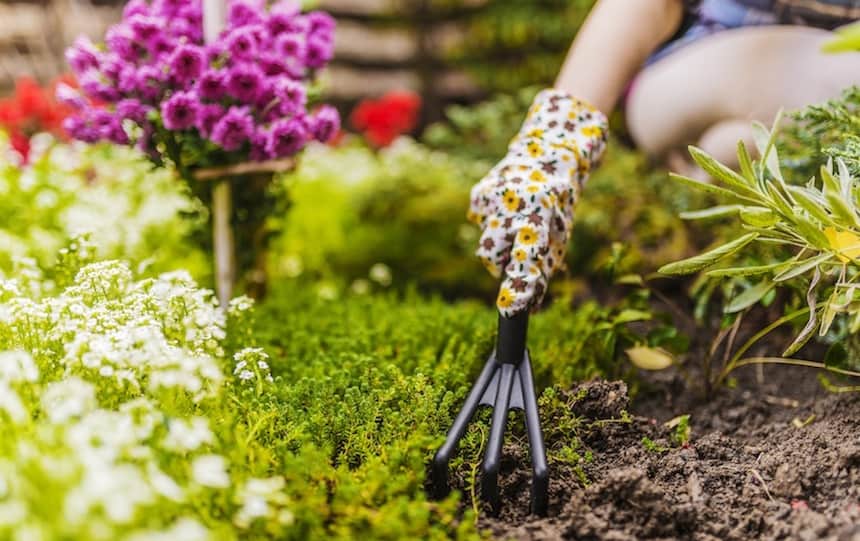 A compost bin/pile is the most traditional way of composting food waste. You can either purchase a ready-made compost bin (or tumbler), or build your own.

As it’s name suggests, hot composting requires the pile to reach an internal temperature of around 60°- 65°C. It’s known as “active” as it destroys weed seeds and disease-causing organisms through heat, and basically fast tracks the composting process so that you can reap the benefits of rich, organic fertiliser for your garden in a matter of weeks.

Like a worm farm, your compost pile will require the correct ratio between carbon (browns) and nitrogen (greens) – 2:1 for hot composting.

Here’s a handy guide to making “quick compost” you can follow.

Cold composting, on the other hand, requires less effort, however it will take up to a year before you can use the resulting fertiliser on your garden, though for the purposes of disposing of food waste it’s a winner.

You’ll need to pick a good location in your backyard for your compost bin or pile, one that is protected from the wind, close to a hose, and has a good drainage system so that the bottom of the pile doesn’t turn soggy.

Once your bin is set up, start by adding a large layer of brown material as the base, then begin to alternate your layers between green and brown. Always cover your green layer with a brown layer immediately to avoid it emitting odours.

The contents of your compost bin will need to be “turned” regularly. You can do this by using a pitchfork to aerate the pile every day or two. Or if you are using a closed bin system, use an aerating tool to turn it.