Like most Australians I grew up thinking that “tacos” involved  crunchy store-bought “shells” stuffed with packet seasoning and salsa.

It wasn’t until I travelled to Mexico that I realised what a real corn tortilla was. And it wasn’t until then that I grasped the enormity of the impact this “new world” had on the diets of virtually every culture on earth. And the importance of the humble ear of corn to the first peoples of the Americas.

Civilisations have been founded on the back of corn – from the Incas to the Mayans. And there are a bewildering number of varieties for those of us simply used to yellow sweetcorn. Flour corns, fodder corns, drinking corns, popping corns in all the colours of the rainbow.

Many people try to make corn tortillas and are put off because they substitute cornmeal for that mysterious ingredient “masa”. When you do this your tortillas will fail dismally. Because masa (ground nixtamalized corn) is chemically different to plain old cornmeal. And herein lies the secret to a great tortilla.

Nixtamalization is the process by which flour corn is turned into a more digestible product by boiling in an alkaline solution. It’s also what gives corn tortillas that distinctive and delicious flavour of toasted corn. 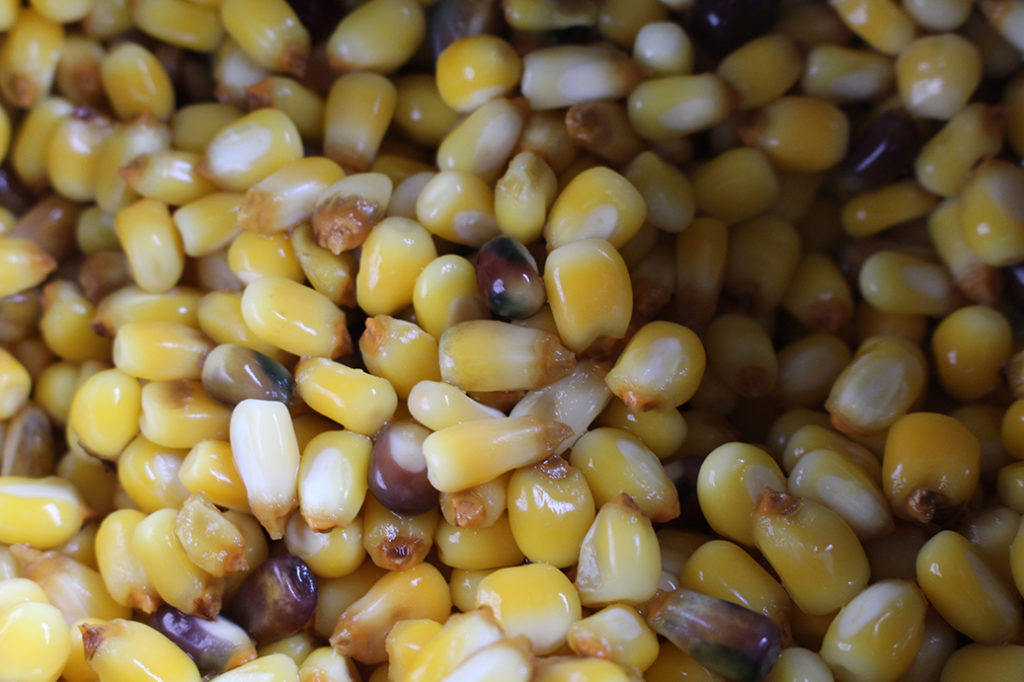 You will need some homegrown “field” corn to make this recipe. Field corn is often sold under the name of “dent”. We grow some dent every year, and it’s amazingly productive. It also grows really tall and has enormous, fat ears of corn. It’s bit of a garden showstopper! 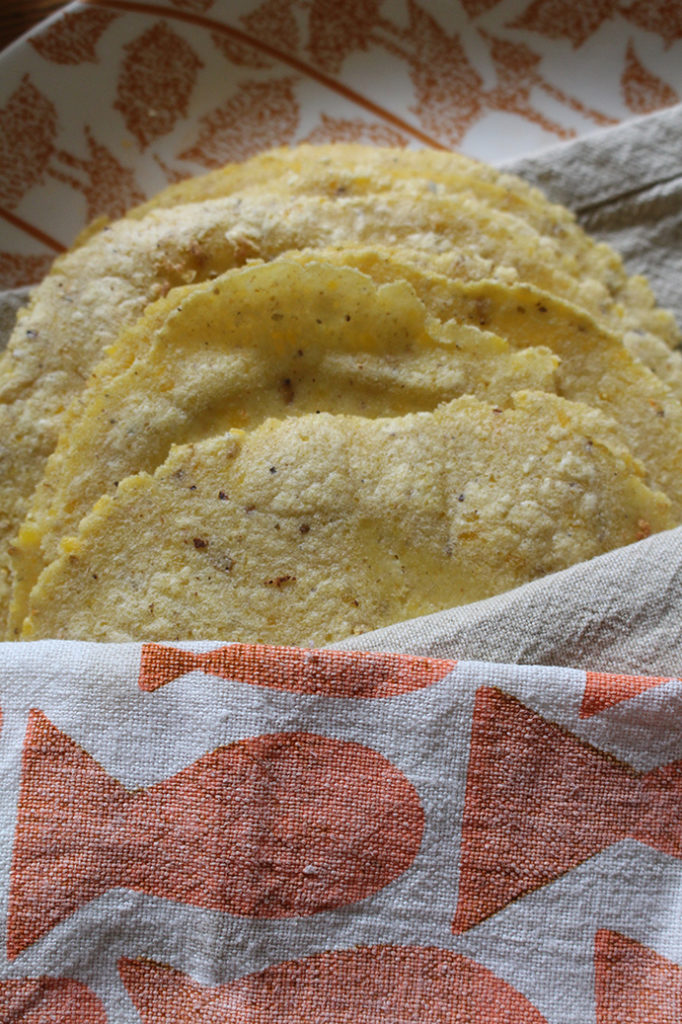 For each 1 cup of dried dent kernels add 2.5 cups of water and 1 tsp of food grade calcium hydroxide (pickling lime). 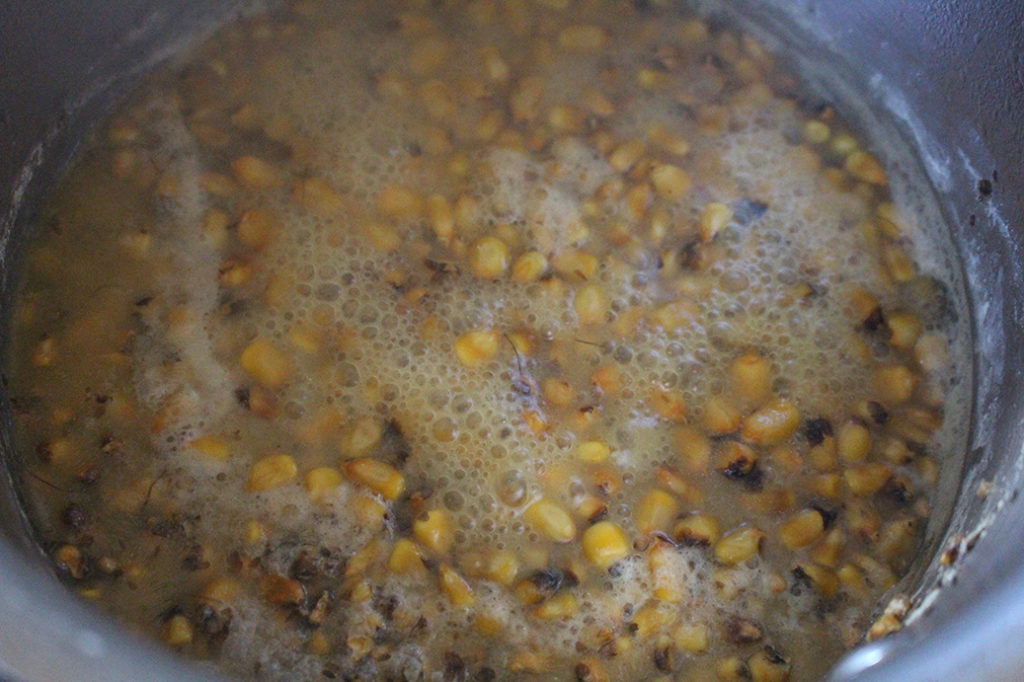 Bring to a boil in a non-reactive saucepan. Reduce to a simmer, and cook for 45 minutes, adding water to ensure it doesn’t boil dry. The corn is done when it is cooked on the outside but when you break it open there is still a small dry core.

Remove from the heat and leave to stand overnight.

Place corn in a colander in a sink and rub kernels vigorously under running water to remove the hulls (which have been turned a nice jellyish texture and will come off very easily).

You now have two options. If you have access to a stone grinder you can make your own masa harina. If not, you will need to buy a little to add to the “blender” tortillas recipe.

To make masa harina (tortilla flour), dehydrate the kernels. Grind them in a stone grinder slowly moving up from the coarsest setting to the finest setting your machine will allow. 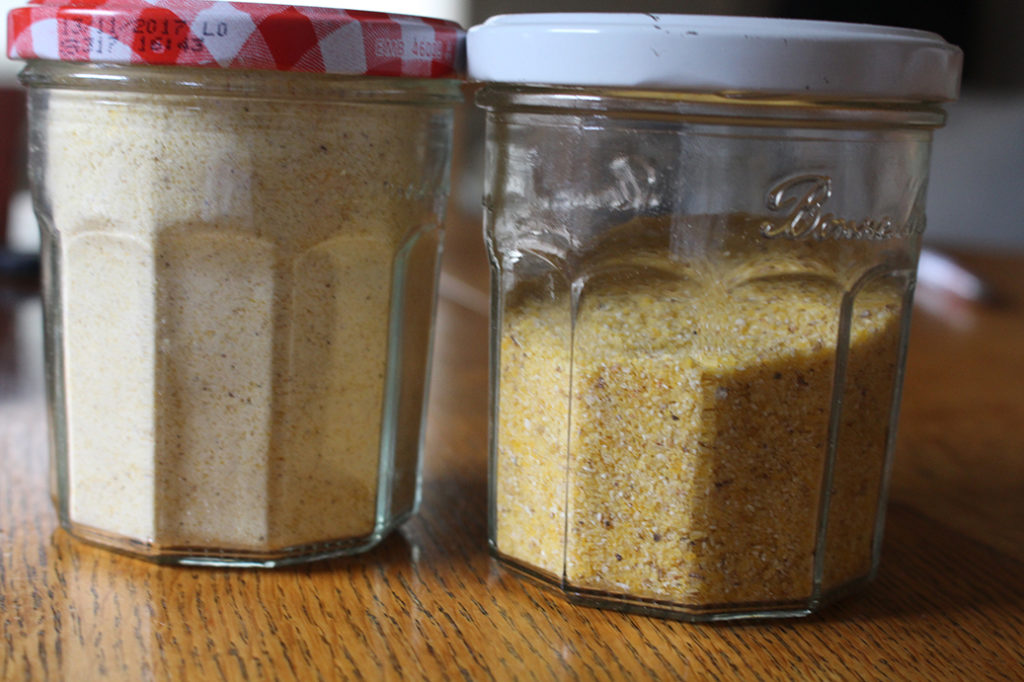 Sift out grits (you can store these separately and use like polenta).

Store in an airtight jar.

Per 1 cup of masa harina mix half a cup of warm tap water. Knead together. Add cool water little by little as you knead to get a smooth consistency. The dough should be soft and pliable but not stick to your hands. 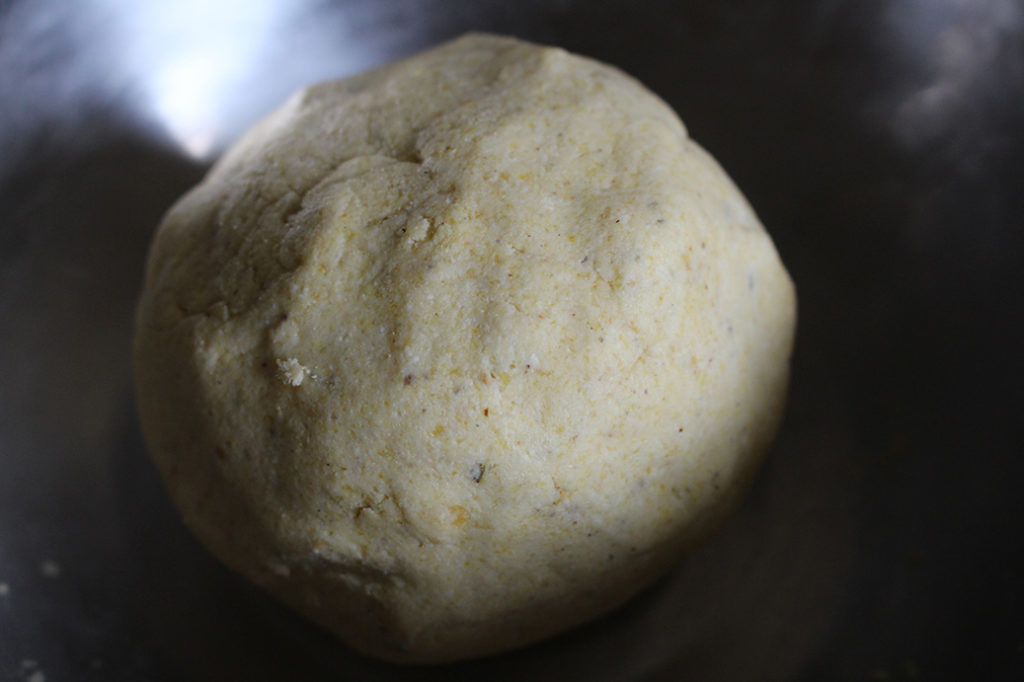 A tortilla press (about $30 at kitchen supply stores) is a great investment if you love to make your own wraps and tortillas. Place a ziplock plastic bag or silicone baking sheet on one side of press. Place a small ball of masa dough in the centre, fold plastic or silicone over it and press.

Or you can roll small discs of tortillas on a very lightly floured bench, but your tortillas will be slightly dryer and not as perfectly circular.

Cook tortillas over a high heat for 1 minute on each side in a heavy based skillet, until they are mottled with charred spots. Then tuck them into bed underneath a teatowel as you cook them and eat as quickly as you can (they’re best fresh).

Scrape down the sides of the blender with a spatula periodically to ensure all kernels are processed. 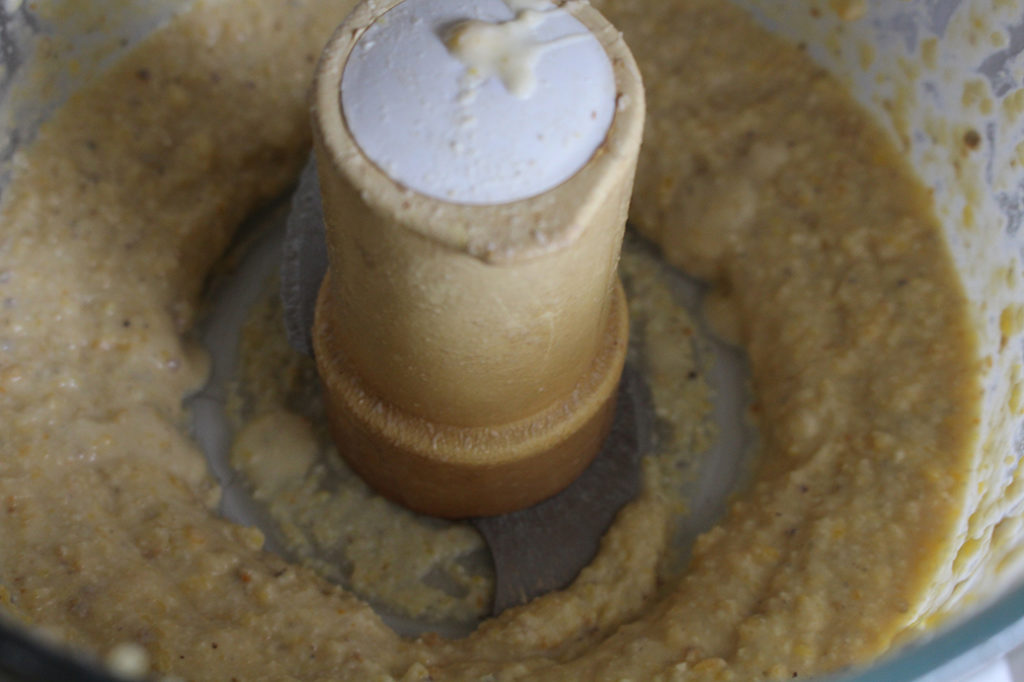 Do this until kernels are liquidised and the mix is the texture of hommus. The goal here is to use as little water as possible to get the right texture, so go slowly.

Transfer to a bowl and slowly add masa harina, kneading until the dough is soft and pliable

Follow steps 3 and 4 above to press and cook your tortillas. 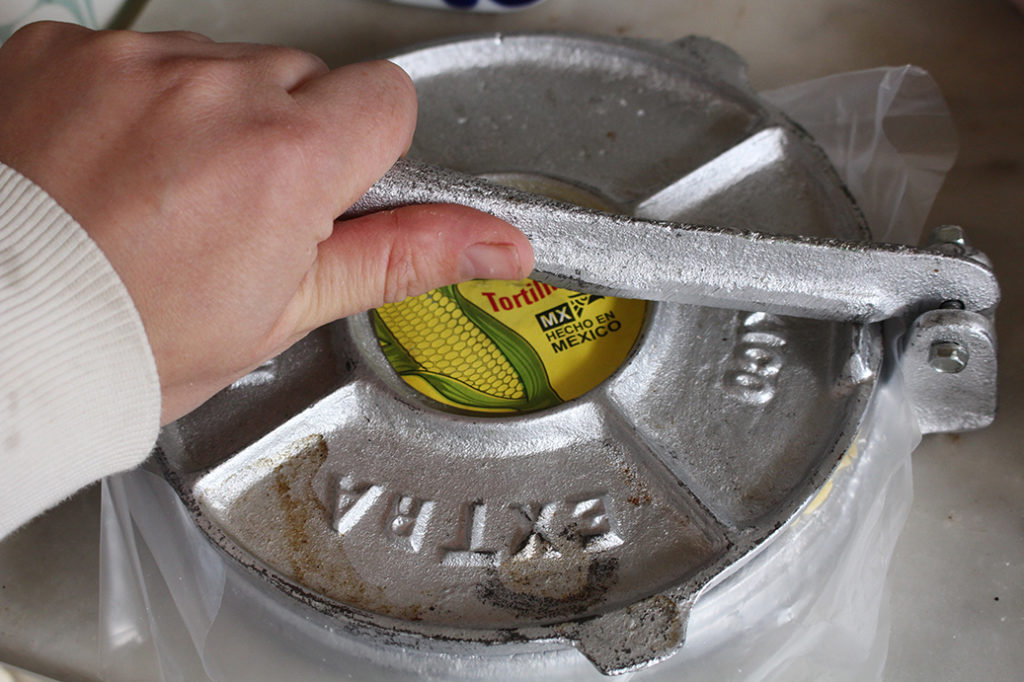 To find out when to grow corn in your area, check out our Pip Gardening Guides.