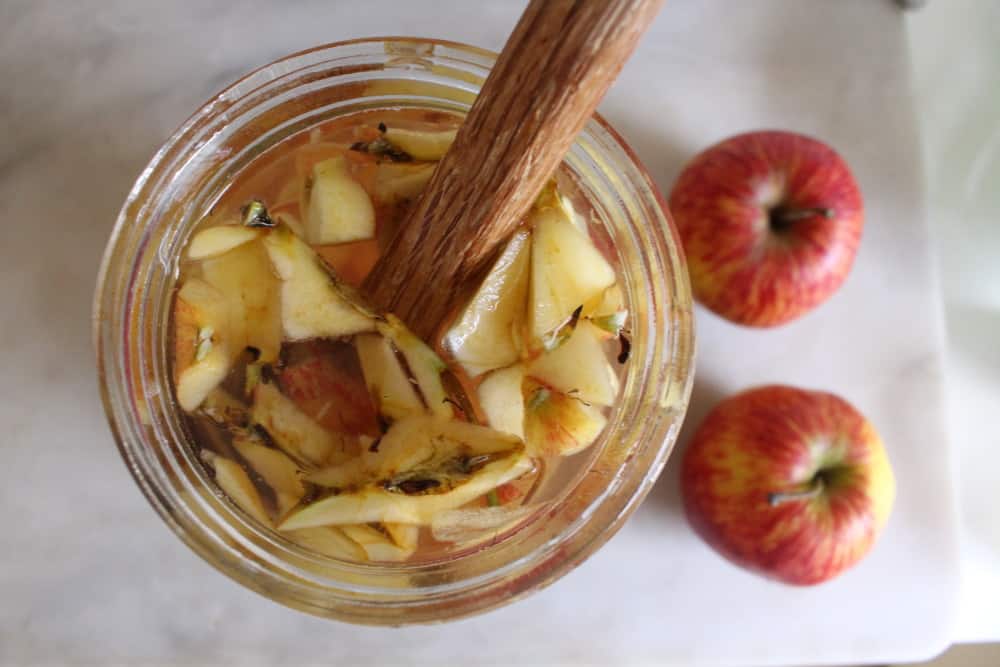 Apple scrap vinegar is a wonderful thing that turns a few simple ingredients into something far greater than the sum of it’s parts.

Unlike apple cider vinegar, which is made of the high-value pure fermented juice from apples, apple scrap vinegar is made from little more than the waste from processing apples. But don’t be put off by it’s “scrappy” name – it tastes remarkably similar to it’s more prestigious cider-derived cousin, and can be made in bucket loads when apple eating season is on! It’s also a great addition to home-made cleaning mixes, as well as it’s multiple culinary and medicinal uses. Can we describe how great we think apple scrap vinegar is in words? Probably not, so you might just need to try it for yourself. 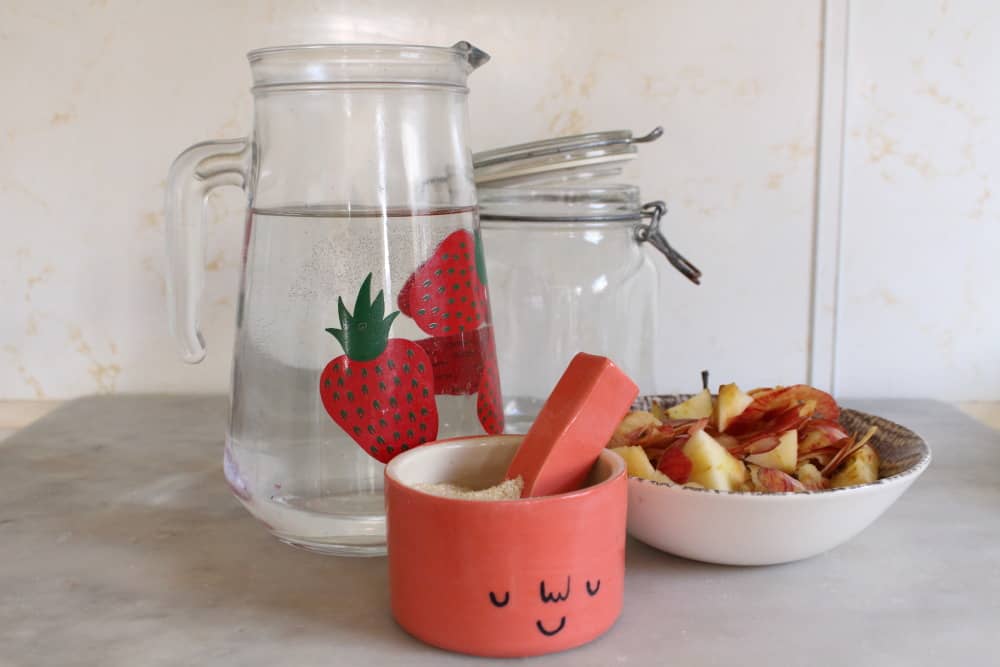 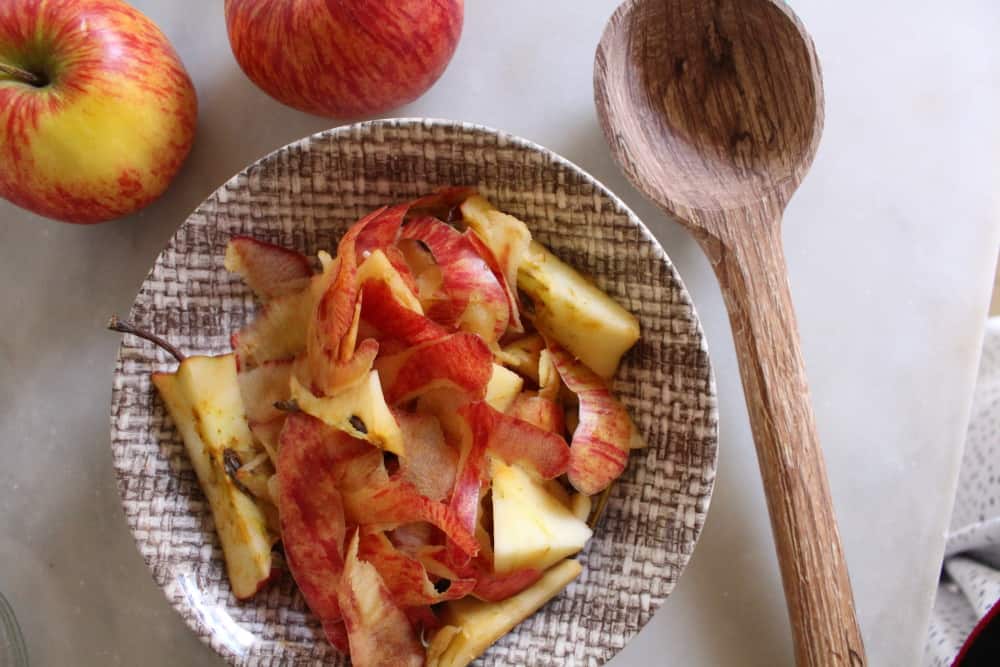 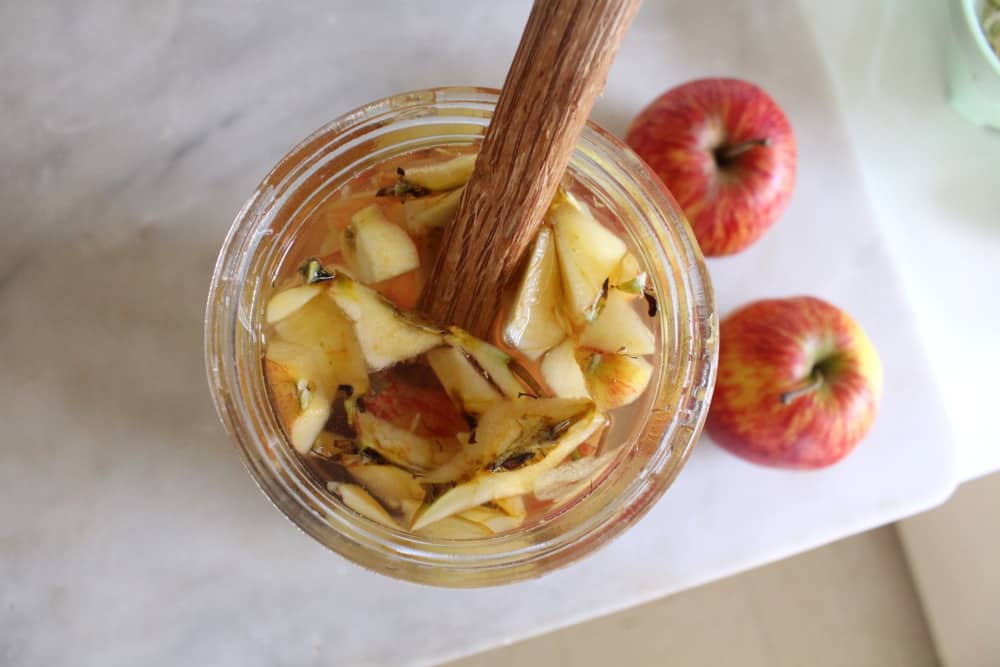 Note on apples: not all apples are made equal, and the flavours you get from different varieties will result in different flavoured vinegars. In general we use whatever we have to hand, however these common eating varieties that are also well known to create a decent cider blend we can recommend: Yates, Granny Smith and Cox’s Orange Pippin. 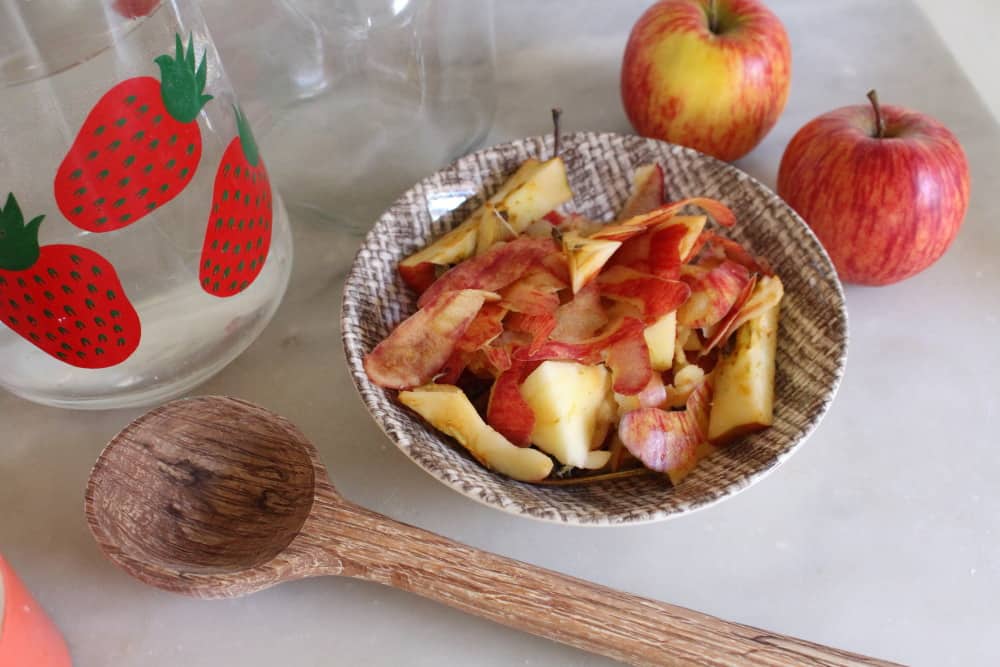 Add raw sugar and boiling water to a large jar or jug that will hold a little over 1 litre. Stir until sugar dissolves. Add water, then apple scraps. Stir vigorously and cover loosely with muslin or calico. Repeat stirring 3-5 times per day until mixture begins to bubble of it’s own accord and begins to smell a little alcoholic (usually takes a week or a little less). Strain out the apple scraps (they can be composted) and return to jar.

Continue stirring 2-3 times a day (or less, it doesn’t really matter, it will just take longer to turn into vinegar). Begin testing your brew every few days for vinegary-ness. It will start out tasting a lot like apple cider, and become more and more sour as the acid-making bacteria colonise it. Once it reaches a level of sourness and flavour you enjoy you can bottle it. If you’ve bottled it a little “young” the vinegar may still complete a little secondary fermentation once bottled, so it’s wise to release the lid every so often to let off any gas that may have accumulated. 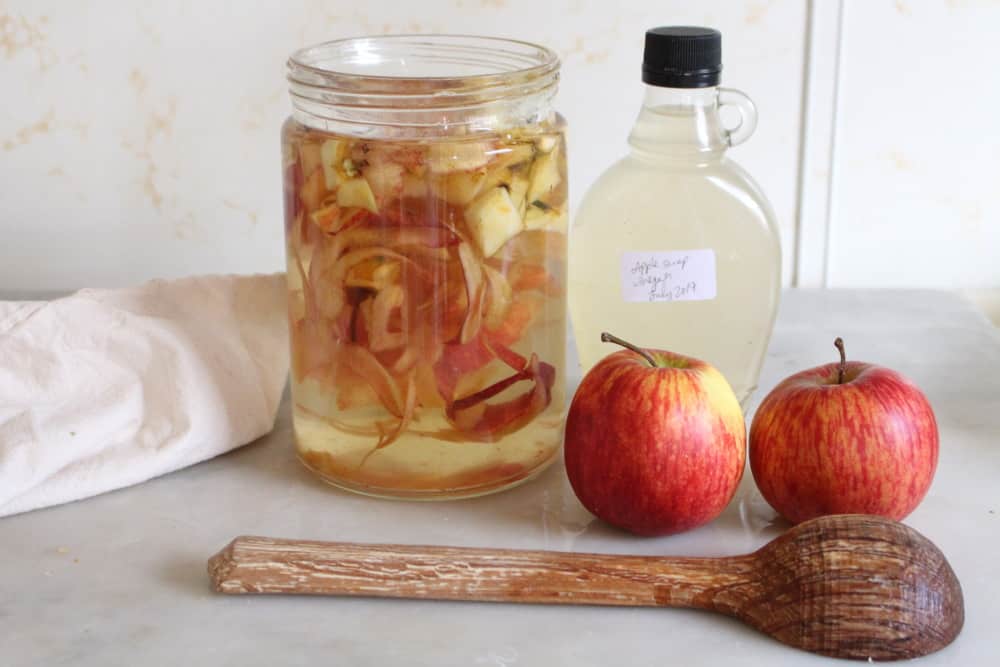