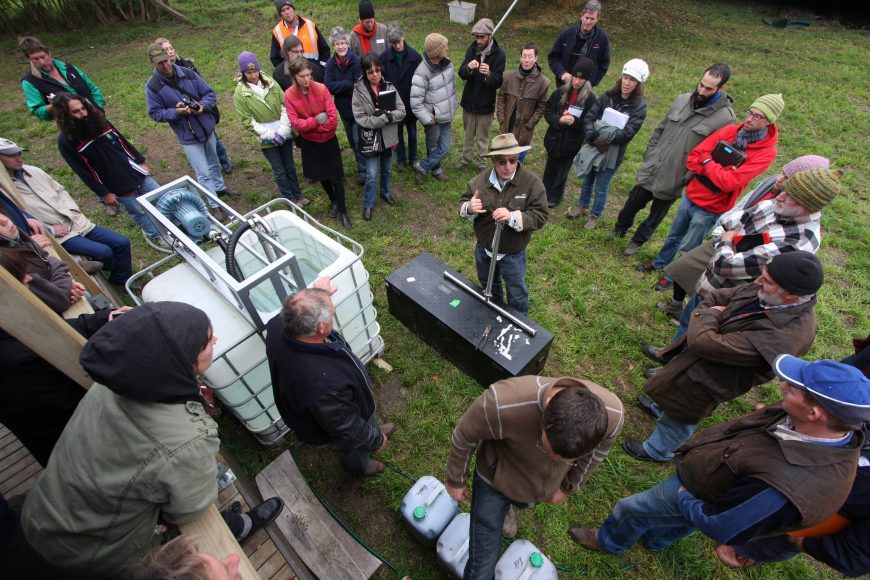 Investing in the Future of Food

The team behind what is arguably the model of future farming, believe people should have the opportunity to put fresh food on their plates no matter where they live, and that it shouldn’t cost the earth – either financially or ecologically.

Christmas Island is a hidden jewel in the Indian Ocean with abundant marine life, unique eco-systems and pristine waters. In terms of fresh food, it’s also one of the most unsustainable places in Australia.

But that’s about to change.

Much more than a Permaculture farm, Hidden Garden Sustainable Farm offers Christmas Island locals, Permaculture students, those interested in more sustainable lifestyle and future investors, a unique opportunity to be part of a ground-breaking project that is literally breathing the life back into the land – degraded and depleted after decades of mining. Set against the back-drop of one of the world’s most diverse ecologies Christmas Island is surrounded by abundant marine life, unique eco-systems and pristine oceans. 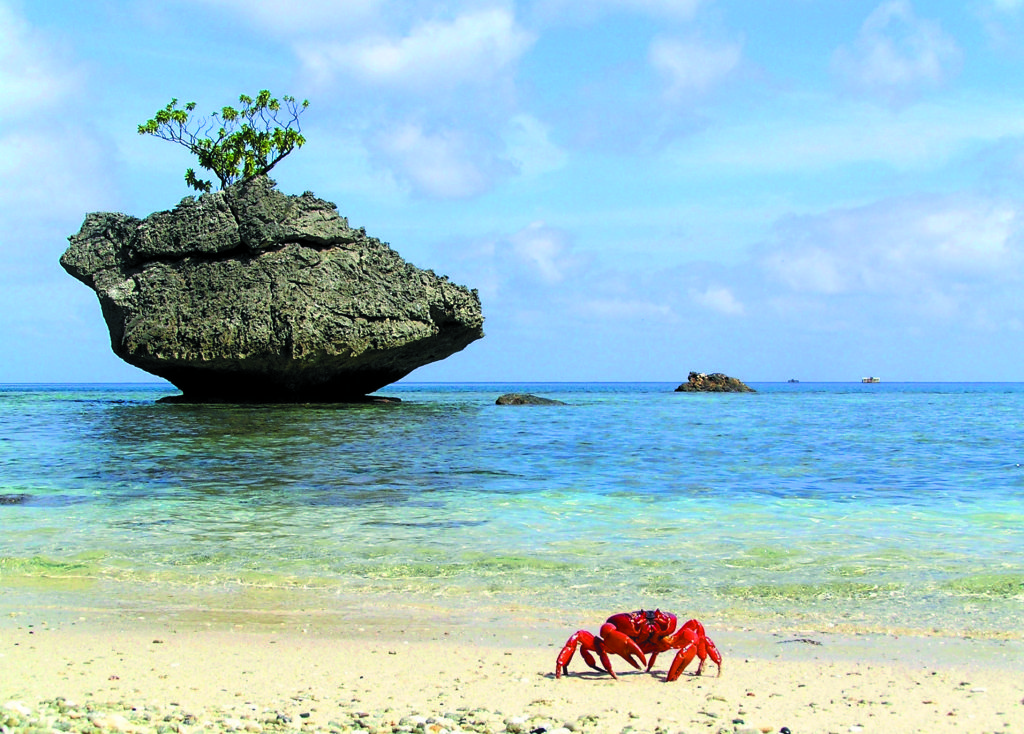 It’s an eco-adventure that won’t cost the earth…

Hidden Garden Sustainable Farms is a ground-breaking sustainable farming revolution. It marries age-old traditional farming methods with cutting edge practices to create a truly sustainable waste to resource venture that gives back to local communities. In 2015 Christmas Island will have the beginnings of its first ever sustainable food source.

And there are limited places available to join Hidden Garden Co-founders, environmentalist Mark Bennett and organic farmer, Paul Taylor and guests for life changing permaculture learning against the back drop of this stunning and unique destination. Through a range of practical ‘hands-on’ Permaculture Research Institute (PRI) approved courses, workshops and internships, Permaculture students and travellers looking to build a little more green into their lives, will have the opportunity to learn the concepts of sustainable living and how to design resilient and robust permaculture systems for their backyards, farms or businesses.

Director Mark Bennett describes the range of studies on offer as a one-of-a-kind opportunity to dive into paradise and combine a holiday with a learning experience that will change the way you live forever.

… inspired the Hidden Garden name which is intrinsically linked to the history of Christmas Island itself. During the early days of phosphate mining, food was not always plentiful and mine workers would often be prone to a shortage of fresh food. As indentured servants to the English, food could be scarce and the workers could be the last to get fed. In a response to this food insecurity, ‘Hidden Gardens’ were planted in the forest to supplement food shortages and guard against nutritional diseases like Berri Berri. As the name suggests, these gardens were hidden from their Colonial managers for fear of punishment and, in so doing, they became an early example of food sovereignty – the right for people to have the knowledge and resources to grow fresh food at an affordable cost, wherever they may be. Today, you can still find examples of these early Hidden Gardens scattered around Christmas Island.

Growing up on Christmas Island…

Mark Bennett was hungry for fresh food from an early age. Mark’s interest in food security and passion for sustainable farming practices was inspired by his first- hand experience of living in an isolated community where you could wait months for fresh produce and delivery was dependent on the swell which often prevented container ships docking. Once unloaded there was still no guarantee of freshness, with food often arriving spoiled. Paying an exorbitant price for low quality fruit and vegetables was and still is the reality facing Christmas Islanders. It is not uncommon for a normal bag of groceries to cost over 200% more than the price of mainland staples.

With his boyhood home an organic farm near New York City, Paul Taylor’s access to prolific fresh produce was literally worlds apart. Traditional organic farming methods fuelled a fire of respect for the earth and its life giving soil, that decades later, is still burning.

Mark and Paul’s collaboration began in 2008 when Mark attended one of the many workshops that Paul gives on land management and the powers of compost. They realised their shared vision and philosophy, recognising we now live in a time when more and more people are competing for fewer resources and that if we are to feed ourselves into the next century drastic changes to our farming methods are needed.

The seeds were sown for what was to become Hidden Garden Sustainable Farm. 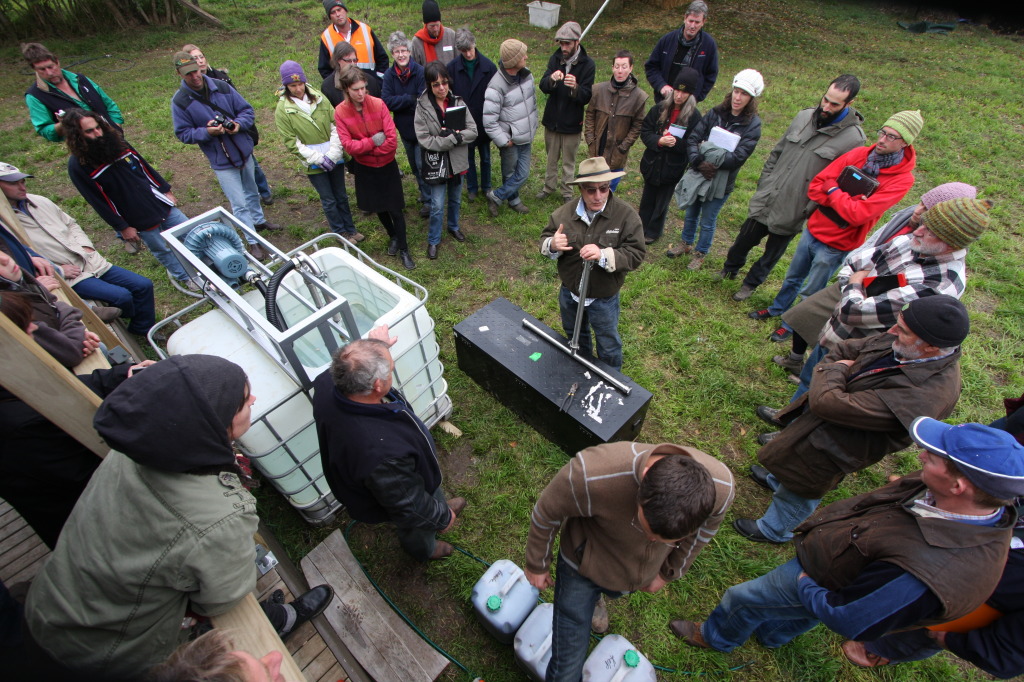 There’s the history, the undeniable need and the challenge of such a remote location. Food security is a significant issue for Christmas Islanders. Food security is defined by the Food and Agriculture Organisation of the United Nations (FAO) as ‘the ability of all people at all times to have both physical and economic access to a sufficient amount of safe and nutritious food, which meets their dietary needs and food preference for an active and healthy life’. With over 95% of fresh produce being imported to Christmas Island, residents and visitors alike rely on shipping and flight availability for their fresh food needs, which are not always met. Success on Christmas Island would pave the way for further ventures already in the pipeline at other remote locations.

The journey to Hidden Garden Sustainable Farm has been years in the making with more than one Christmas passing the project by. Investors, shareholders and friends of Hidden Garden, as well as all levels of Government, have patiently travelled the Hidden Garden road. The start came so close in the early half of 2013 and just as it looked like things were finally moving HGSF was swept up in the Australian Federal Election delivering a change of government. It was back to the start. On Friday 28 November 2014 the green light was given with the lease from the Assistant Minister for Infrastructure and Regional Development, Mr Jamie Briggs.

is an eight megalitre dam, which is expected to be completed by Easter 2015, paving the way for a compost facility, propagation nursery, and mulching and preparation of the soil for cropping beds. It is hoped the first planting will be mid-year with a modest first harvest celebrated sometime in July or August 2015, along with the opening of the Hidden Garden Sustainable Farm’s permaculture training centre.

Check out the Hidden Garden Sustainable Farm website for information on courses starting in July, programs, fees and accommodation.